Melbourne Sports Centres - Parkville (previously the State Netball and Hockey Centre) is the premier home for netball and hockey in Melbourne, Australia. The centre caters for athletes starting from a grassroots level all the way up to the international elite level of competition and act as the hub for athlete development, major sport programs, sector education programs and sports administration. The $64.6 million redevelopment is the centrepiece of the Victorian Government’s record investment in women’s sport and includes audio visual upgrades for multiple areas, including Theatrette, Function Rooms, Meeting Rooms, Boardrooms and Facility Wide Digital Signage.

EQUANS were selected to implement and install multiple audio visual systems across the centre. This included utilising Crestron Flex systems with UC Engines in Function Rooms and Meeting Rooms to provide a seamless Microsoft Teams Rooms (MTR) experience for the client and increased usage of video conferencing. NEC interactive touch screens were also installed in key locations to enhance the level of engagement with users during meetings.

Multiple function rooms were equipped with sophisticated AV systems to cover different use cases via combining room areas. Motorised screens with high brightness and high precision projectors were installed along with wireless microphone systems and wireless content sharing, all integrated with Crestron UC-Engine to give the best Teams experience even during training sessions or during any events.

Finally, the Theatrette includes a large format interactive screen with ultra-short throw projection and a clear audio system along with wireless microphone systems and wireless content sharing capability. All of these elements merged within the design to provide cutting edge technology to the end-users who were extremely happy with the result.

The audio visual upgrade at the Melbourne Sports Centres – Parkville (previously the State Hockey and Netball Centre) provides multiple spaces for dedicated use by the centre’s administration, sport programs and athletes. EQUANS is proud to contribute to the home of netball and hockey in Melbourne, Victoria. 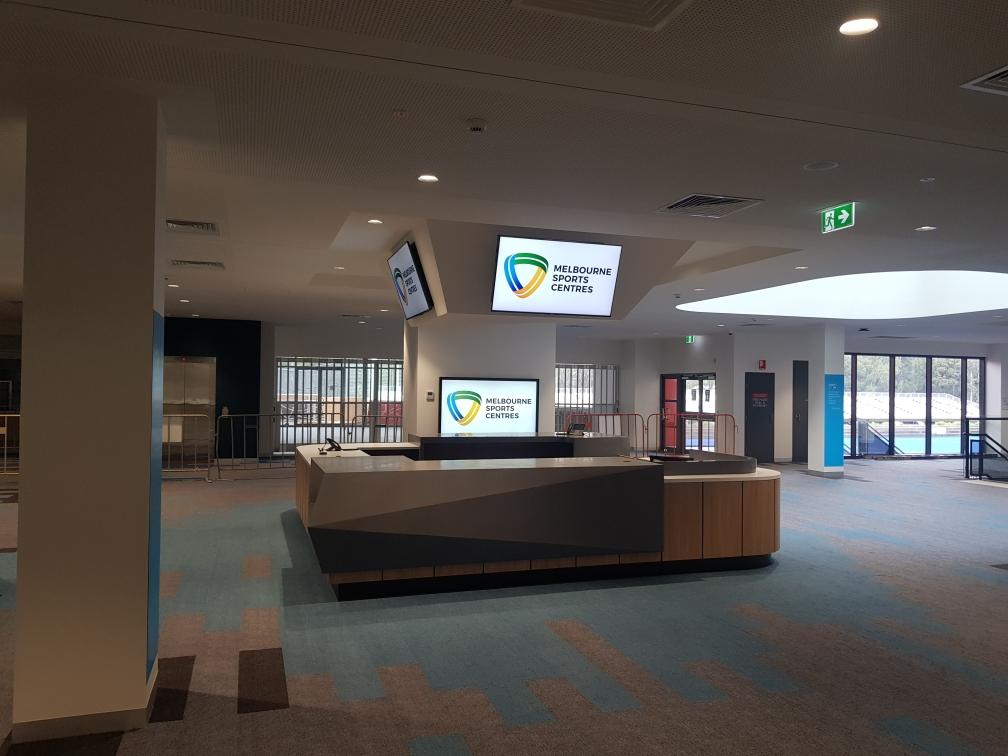 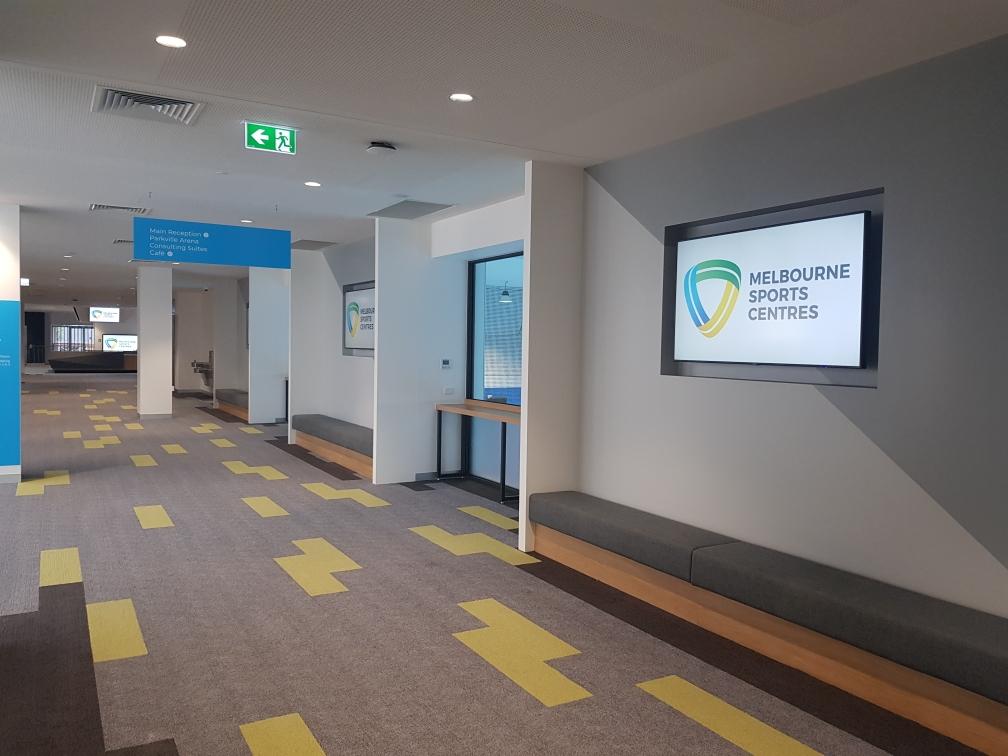 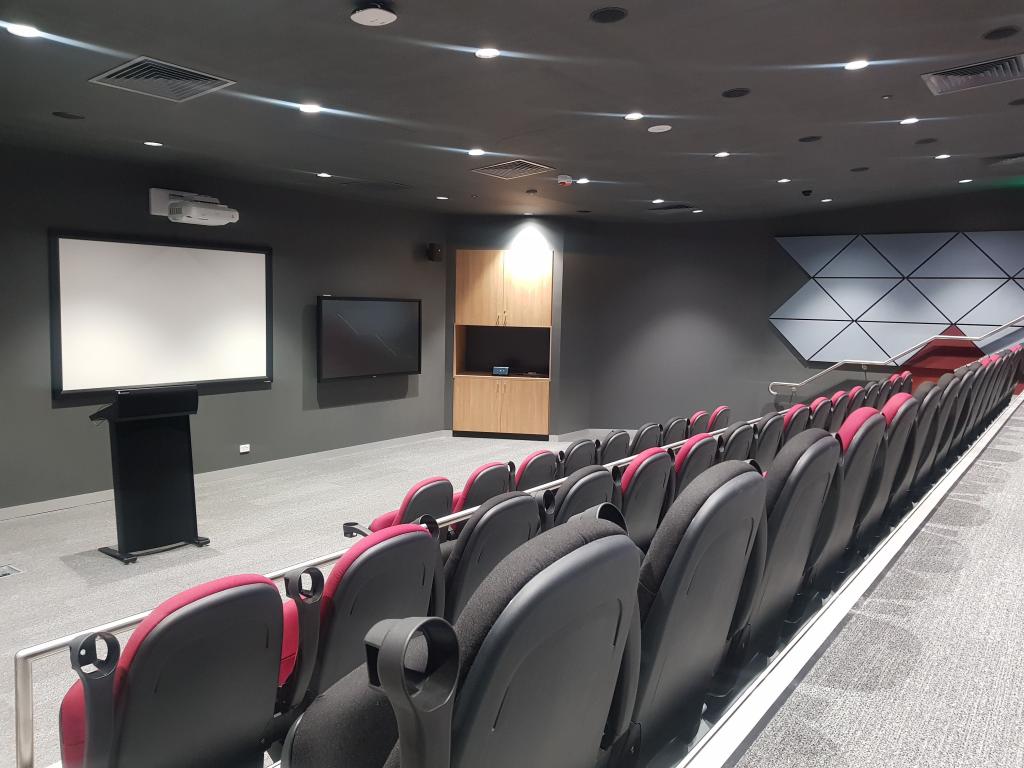